Posted on October 18, 2012 by downtownbostontoday

The kids and I like to walk home from school through Chinatown and the Financial District.

Even at dusk the colors are bright in Chinatown

The other day when we were walking on Chauncy St. I noticed a Vermont State Seal on the old Jordan Marsh building.  I took the camera with me today just to get a picture.  There is a Massachusetts State Seal and a City of Boston Seal.  There are also five or six blank spots that look like there were seals there that have been removed. 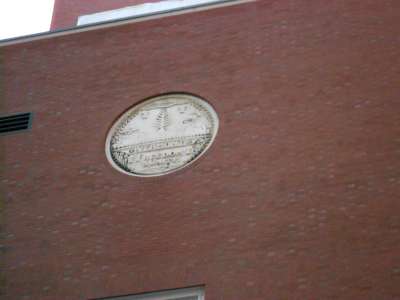 The Vermont State Seal on the old Jordan Marsh Building built in 1949.

We cut through the Post Office Square Park.  The kids love the lights. 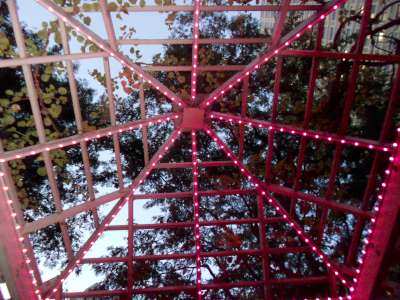 Lights in the dome in the center

From there we walked over toward Quincy Market where we found a horse and carriage.

Maybe we’ll try walking through the Leather District next.

2 Responses to Walking Home From School